We created this collection of hand-made candles based on the 22 cards of the Major Arcana of the Tarot deck (Latin arcānus – mystery). These 22 cards can be interpreted as a person’s spiritual path from birth to perfection.

This candle marked with number 6 of the Major Arcana – The Lovers. This archetype is, first of all, a symbol of true, elemental, romantic love that makes one go head over heals. It is Heaven on Earth. However, at the same time The Lovers remind that love is often blind, therefore it is necessary to keep balance between heart and mind, between personal desires and universal human values. Everything in the world is dual, everything has a counterbalance: light cannot exist without shadow, fire cannot burn without wind, and the earth cannot bear fruit without water. When to reap and when to sow? Why is it necessary to choose? Which path is the right one? The answer is simple – the one you love.

Included with this candle you will find one of the 22 Major Arcana cards, which, together with The Lovers, may suggest how and at what level the archetype of The Lovers manifests itself in your life. Suggested affirmations and the magical grapefruit, orange blossoms, vanilla, ambergris, liquorice, oriental spices, rhubarb fragrance may help to keep balance between heart and mind, between personal desires and universal human values.

The magic fragrance of this candle is based on old customs, traditions and the belief that every plant or aroma has its own magical purpose. It is like a witch recipe, where each plant and its aroma have a very important aromatherapic and magic function. The main notes supplement each other with aromatherapic properties and create a high-end fragrance pyramid where each scent has its place in harmony with other aromas.

Grapefruit: its fragrance helps to open the heart, frees from sadness, nervousness and anxiety. The energy of grapefruit’s fragrance boosts optimism, natural charm and self-confidence, restores aura after serious illness or emotional stress. Grapefruit essential oil is recommended when in need of spiritual warmth. In magic grapefruit is particularly related to the ability to attract love.

Orange blossoms (Neroli): Orange blossom aroma possesses soothing ant antiseptic qualities, acts as an aphrodisiac, helps fight depression and anxiety, and boosts mood. In cases of insomnia, take a bath with several drops of neroli or diffuse some of it in the evening. Neroli is safe even to pregnant women. In Italy orange blossoms were traditionally used for making bridal crowns.

Vanilla: Vanilla’s aroma is believed to induce the feeling of safety at the subconscious level and to relieve from anxiety and fears. This fragrance soothes, helps to reduce anger and other negative emotions. If you are willing to talk to someone sincerely, want a person to open up to you and trust you, scenting the room with vanilla will help.

Ambergris: ancient Greeks used to call ambergris “pulsating sun”. Ambergris is highly valued by the perfume industry where it is used for producing expensive perfume. Ambergris gives off a strong scent of musk, which is valued by perfumers all around the world and which has been used as an aphrodisiac since ancient times. It is one of the most-highly prized ingredients of perfume.  Ambergris has been long considered a symbol of luxury.

Liquorice: In pharaoh tombs among other riches scientists discovered remnants of liquorice root. This plant was particularly valued and appreciated. Since ancient times liquorice has also been included in incense for its aroma that positively affects youth, sexuality, charm, and physical health.

Oriental spices: The mixture of various herbs and spices contains aromas of pepper, coriander, fennel, anise, and saffron. Like different tones that make up a chord, these scents will acquire new magical and aromatherapy properties when mixed up, but at the same time they will retain their primal nature. The concoction strengthens energy fields, harmonizes and calms.

Rhubarb: since ancient times the aroma of rhubarb has been considered a strong aphrodisiac, and rhubarb jam, made with love, was believed to have power to attract a desired lover.

Together with this soy wax candle you will get:

A detailed description of the candle’s purpose; a description of the magical aroma’s meanings; a card from the Tarot card deck of our design. Its meaning will indicate the current quality of the archetype of The Lovers; a simple meditation/affirmation ritual for revealing the power of the aromatic candle that may help to keep balance between heart and mind, between personal desires and universal human values. Affirmations (Latin affirmatio – to declare, declaration) – positive statements which we repeat to program ourselves, to consistently change ourselves and our thinking, thus consequently transforming the surrounding environment. Our subconscious is very susceptible to often repeated delicate and figurative phrases, therefore, affirmations are like positive programs which we install and run in our subconscious. Repeatedly uttered affirmations help to overcome obstacles and achieve goals that seemed impossible.

The art of using

How to burn the wooden wick

SENSE IT
It is important to trim a wooden wick 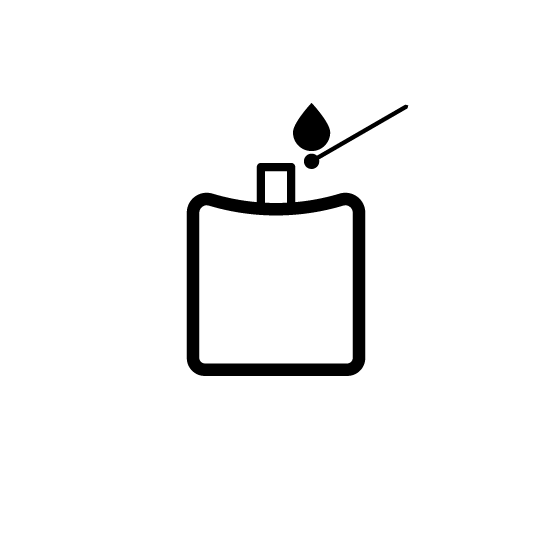 1. Light the candle with a match 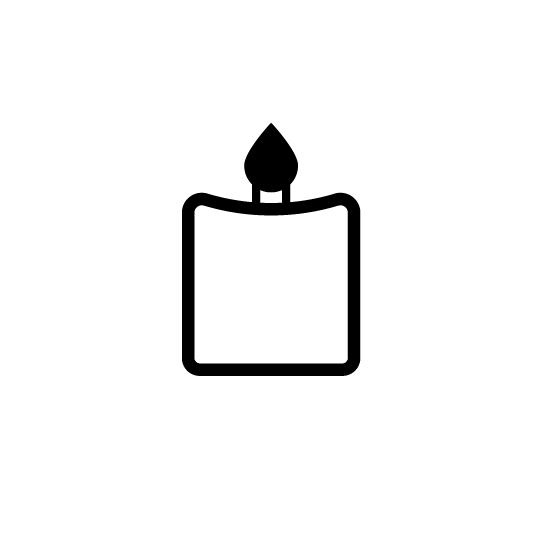 2. Wooden wick crackles as it burns 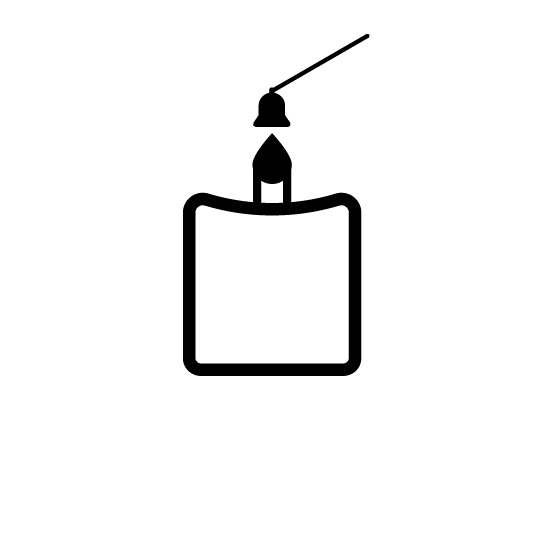 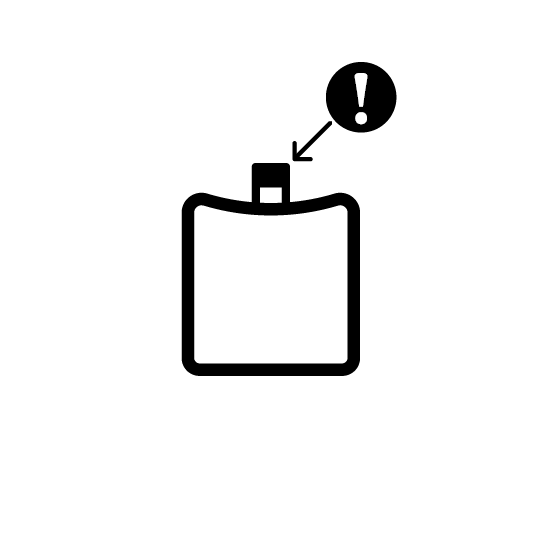 4. The ash can be easily broken off and all the debris should be removed from the jar 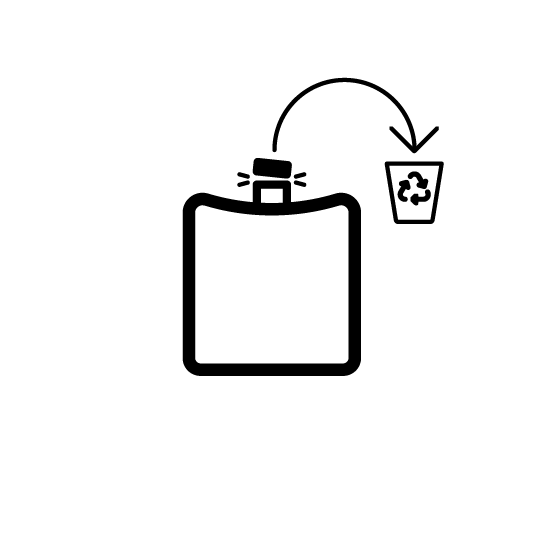 5. The ash can be easily broken off and all the debris should be removed from the jar when the wax cool down

6. Then the flame will come right back to life
Enjoy the candle burning safely

Ensure that the candle is far from flammable objects and materials

Do not burn the candle in drafty environments 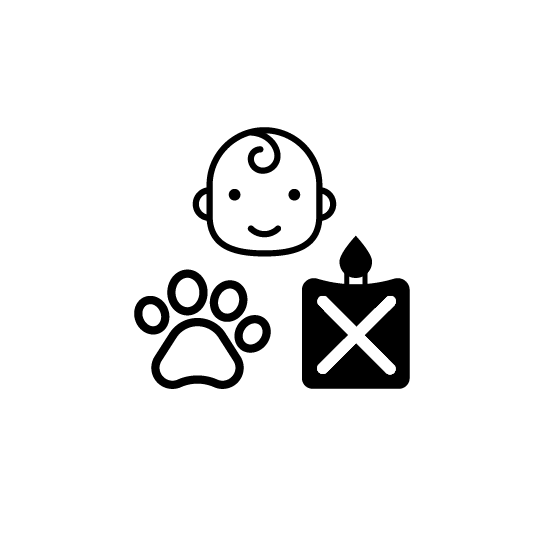 Keep burning candles out of reach of pets and children

Never leave a burning candle unattended. Always extinguish it before leaving the room 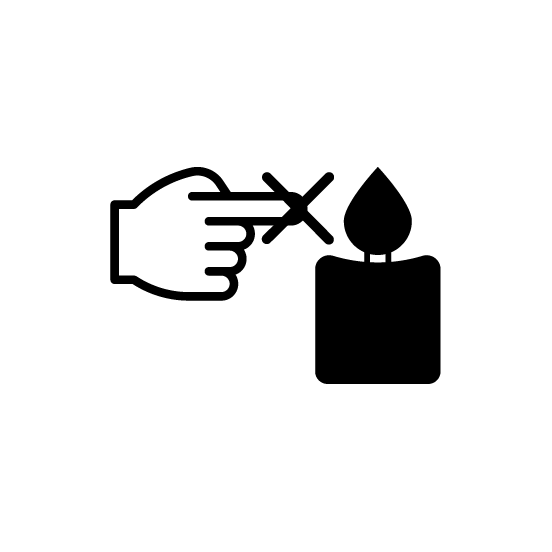 Do not touch a burning candle

Rune candles is like old pillar candles, so there is no jar. Please put the candles into candle holder or small bowl as the melted wax may liquify 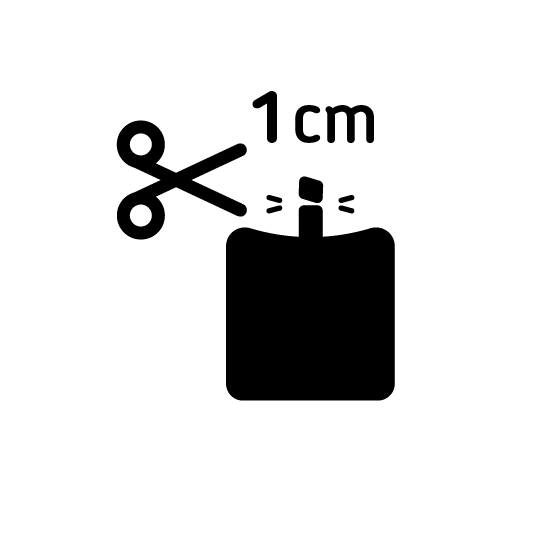 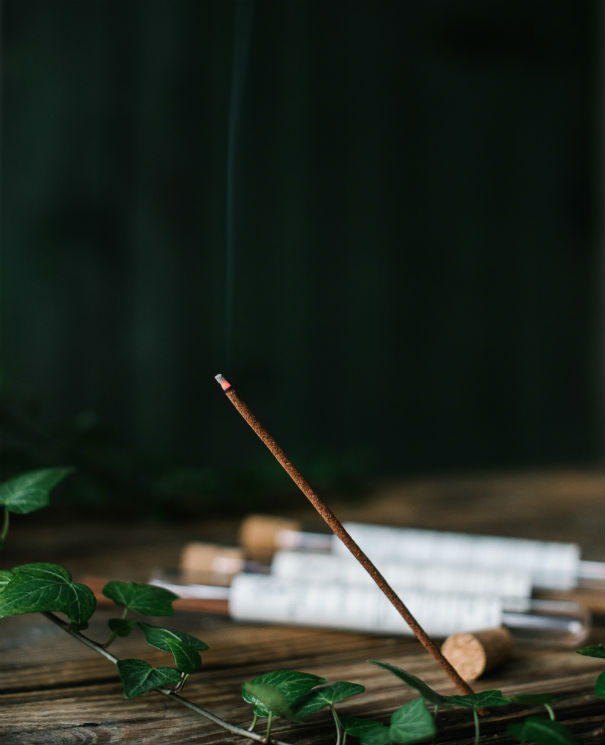 SENSE IT
The art of incensing
Our incense has no wooden stick, so we recommend to fill a small jar with a non-combustible material (such as salt or sand) that you can put in the incense stick, and when it burns, you will easily clean your incense holder you made by yourself. Package contains 5 sticks. Each stick burns approx. 30 – 40 minutes. The burning duration might differ depending on temperature, humidity and changes in the atmosphere. For a medium room, we recommend that you burn one-third part of one stick.
0€0,00
0

No products in the cart.

When you visit any web site, it may store or retrieve information on your browser, mostly in the form of cookies. Control your personal Cookie Services here.